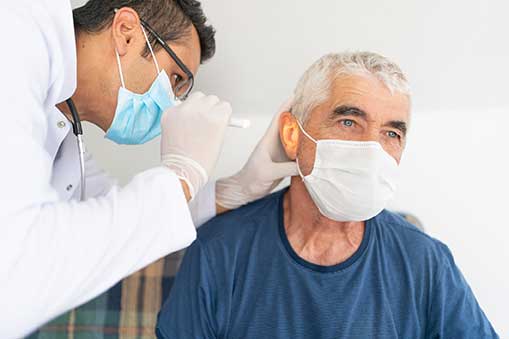 The team at Consumer Justice Action urges victims that suffered hearing problems after taking TEPEZZA® for thyroid eye disease to get a free, private case evaluation.

TEPEZZA® (also known as Teprotumumab) has been found in numerous studies to be linked with serious hearing complications, including:

-Hearing loss (hyperacusis)
-Tinnitus (ringing in the ears)
-Sensations of ears being "plugged" or "full"
-Autophony (an enhanced perception of one's own bodily sounds, especially voice and breathing)

TEPEZZA® has shown to be an effective drug for treating Thyroid Eye Disease (TED), typically caused by Grave's disease.

However, the manufacturer may have failed to adequately warn patients and their doctors about the severity of hearing-related risks.

Some studies reported that as much as 65% of patients who received TEPEZZA® infusions suffered hearing-related side effects—many of which appear to be irreversible.

The manufacturer of TEPEZZA®, Horizon Therapeutics, reported in their pre-market and post-market clinical trials that only 10% of those who received TEPEZZA® reported hearing complications—which happens to be far less than what many other recent studies show.

Also, the manufacturer reported that the hearing-related side effects reported in their own clinical trials were mostly "temporary".

In contrast, other studies have reported that hearing-related side effects were persisting even after discontinuation of TEPEZZA®—and may be permanent.

For many patients suffering from thyroid eye disease (TED), the reported 10% rate of temporary hearing problems during treatments was well worth the risk.

But numerous published studies have come to light, showing the hearing-related risks could be as high as 65% in patients.

Those that suffered permanent hearing loss or tinnitus due to TEPEZZA® infusions may incur astronomical healthcare costs for the remainder of their life.

Health insurance companies are already trying to limit their liability and coverages for these new, advanced hearing tests and hearing aids due to their ever-increasing costs.

There is a very small window of time for victims to seek financial compensation after an injury and the time window for pursuing a case is different in each state.

The team at Consumer Justice Action believes that victims that suffered hearing problems after taking TEPEZZA® for thyroid eye disease should receive justice and compensation for losses.

Please seek the advice of a medical professional before making health care decisions. This advertisement is not associated with Tepezza® or any government agency.